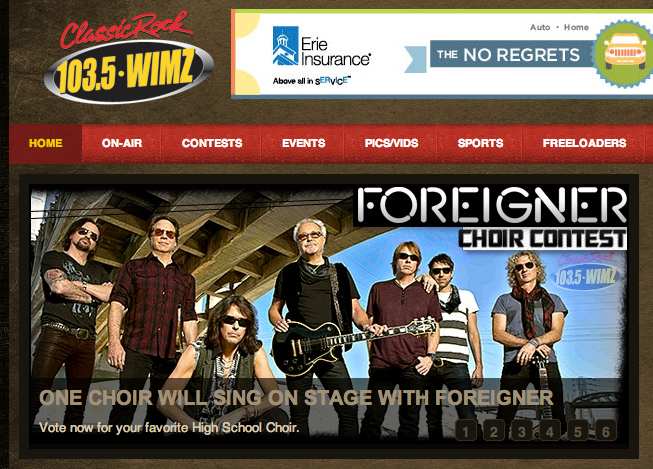 Bearden’s a cappella group Off The Chain has a chance to win the opportunity to sing “I Wanna Know What Love Is” onstage with Foreigner at their upcoming concert on Sept. 20 at the Tennessee Theatre.

WIMZ is hosting a contest between a few local schools, including Hardin Valley Academy, Jefferson County High School, Oak Ridge High School, Tennessee School for the Deaf, South Doyle High School, and Bearden. Along with the opportunity to sing onstage with Foreigner, the winning school’s choir will also receive $500 from the band.

The winner of the competition will be announced on Sept. 12. Students can vote at www.wimz.com, where they will find the audition videos of all the competing schools.

In order to enter the contest, Off The Chain had to send in a video of their group singing a Foreigner song. For their audition video, they learned “Cold As Ice” in a week, said junior Brianna Drake, who performed a solo in the audition. Other entries include various Foreigner mash-ups and one performance of “I Wanna Know What Love Is”.

The dedicated students in the a cappella group spent every morning in the chorus room from 7:45 to 8:20 a.m. in order to memorize their audition song, and they plan to give the same amount of effort in learning “I Wanna Know What Love Is” if they win.

“It all happened so fast,” senior Allison Balsley said. “(Orchestra teacher) Ms. (Mary) Sexton told us about the competition only a short bit before the actual video was due.

“We worked fast and efficiently, and everything came together wonderfully.”

A concern of the group was that the concert wouldn’t be their usual setting, and it might be harder to hear each other in a larger space, but Drake believes they’ll be able to overcome the problem without any issues.

“I think everyone who is in mixed a cappella really commits to whatever kind of project we’re working on,” Drake said. “I don’t believe the performance will be challenging because Ms. Sexton has taught us to get loose and be ourselves when we perform.”

Despite the unusual setting, Off The Chain is excited and hopeful to win and prove themselves on stage.

“It would certainly be a different experience, performing with a world famous band such as Foreigner,” senior Alyse McCammish said. “I can’t imagine the energy of the audience—it would be crazy…but it’d be really super cool.”

Most of the a cappella students enjoy Foreigner’s music, but they all have their own personal style and taste.

“If I had to choose any artist [to perform with], I would probably pick Adele…simply because I am obsessed with her music,” Balsley said. “I think that atmosphere would be so chill and fun.”

Regardless of personal taste, performing with Foreigner is a great opportunity for Bearden’s mixed a cappella group.