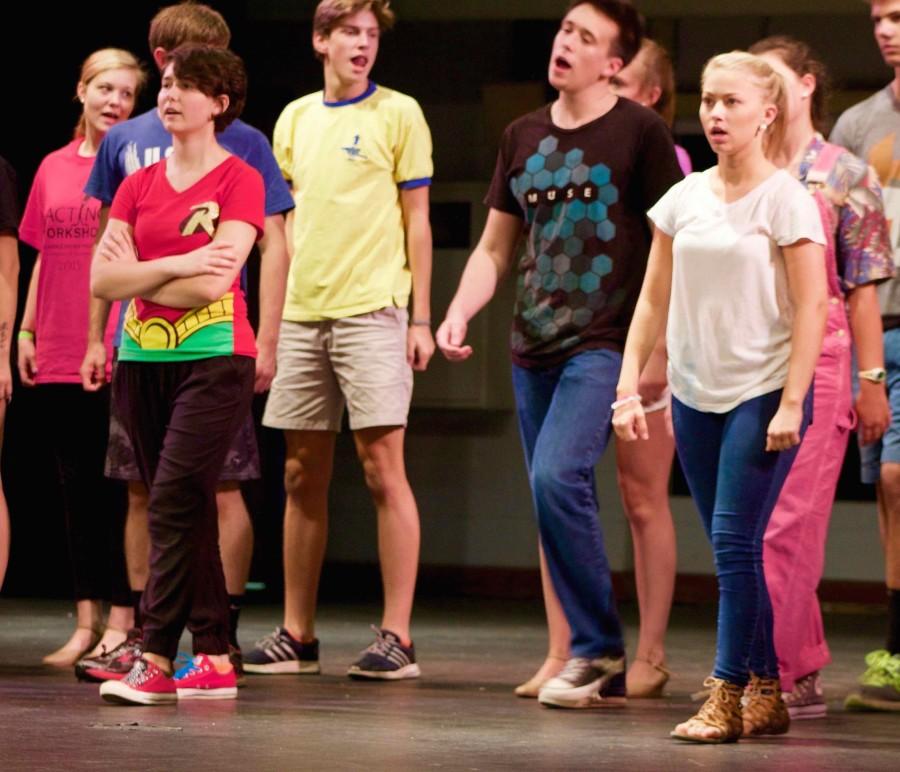 Seniors Michaela Leib and Morgan Brown will have some unique challenges, as they prepare to portray a 102-year-old granny and 10-year-old boy, respectively.

Morgan Brown’s audition for Bearden’s upcoming musical The Addams Family required her to remove all of her makeup, to hide her hair in a baseball cap, and to dress in boys’ clothing.

Besides playing the part of a much younger male, this is Brown’s first part where she won’t be dancing, in contrast to her previous roles as a chorus member and her wide background as a dancer. On top of this, she will also wear a fat suit.

Musical theater teacher Mrs. Leann Dickson said that this the first time in about 25 years that a student has played a gender-reversed part at Bearden.

“I knew we had some girls in the class who were small enough to play children,” Dickson said. “Obviously, if we used a real child, they would have to get out of school, and they couldn’t be a part of the cast with us.”

Brown said that while she is playing the part of a child, the part comes with its own emotional depth.

“His sister Wednesday is getting married to her boyfriend Lucas, and [Pugsley] doesn’t really like it,” Brown said. “It’s a really emotional part.

“It’s pretty deep because I’m having to connect with his loss.”

Brown is not the only one who will have to not act her age in the musical. Senior Michaela Leib is playing the Addams’s 102-year old grandmother.

Like Brown, Leib’s personality differs greatly from that of her character.

“The major difference, I think, is that grandma is very in your face and loud, whereas I’m much more reserved,” Leib said. “It’s been fun seeing people react to this sudden change of character, even if it is just for the show.”

Leib also enjoys the vocal uniqueness presented with playing the part of Grandma.

“I’ve played characters that require accents or unique voices, and I sang in last year’s musical, but having to talk and sing in a granny voice is definitely a new experience,” Leib said.

Mrs. Dickson believes that the talent level among the cast allows for the class to perform a show with such dynamic characters and initiated her decision to change the musical from her original choice to do Bye Bye Birdie.