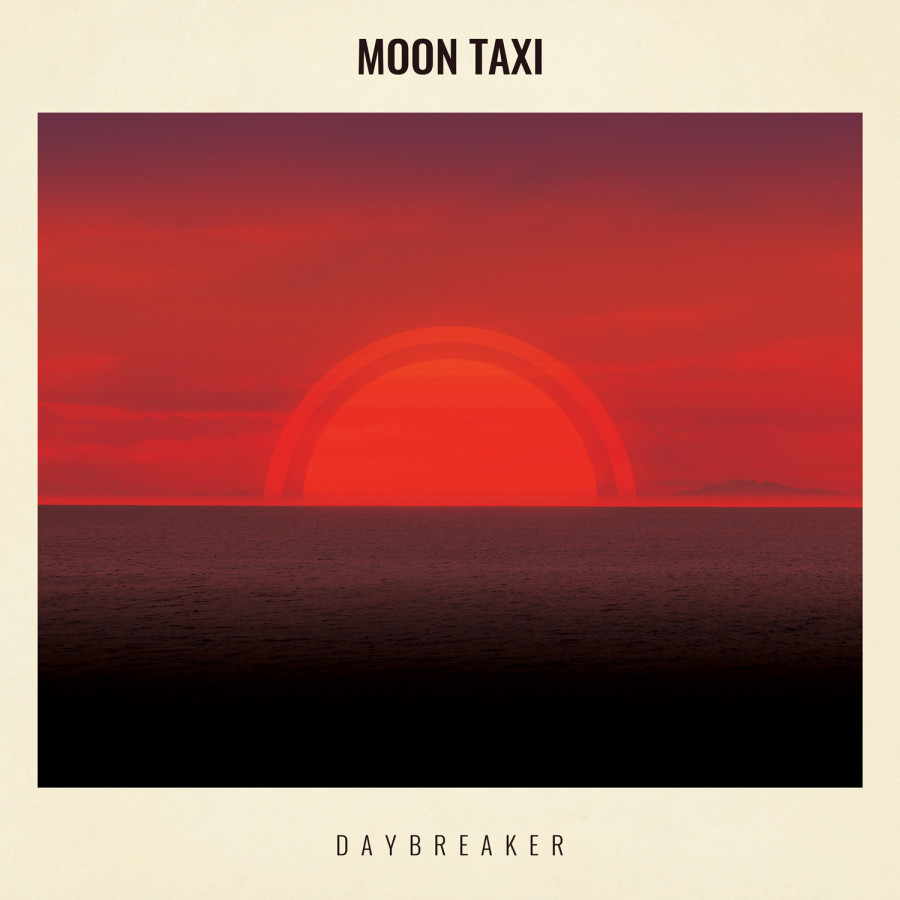 My morning commute to school this time of year is defined by the Sun’s daily production of claiming her rightful place in the sky; she always begins with a tentative glance over the horizon and follows with a dramatic emission of orange and red hues, distracting the audience from the stealthy blue that invades every inch of the skyline. As one might imagine, the radio’s top 40 doesn’t do such a phenomenon justice – much less my “80s Pop” or  “School” playlists on Spotify.

Until Oct. 2, these sunrise performances were in desperate need of a soundtrack to make the experience complete.

While Moon Taxi’s most recent album, titled Daybreaker, seems as if its soulful influences and upbeat tracks were written specifically to score the breaking of day, it is also appropriate to listen to at any and all other times as well.

The band’s single “All Day All Night,” is second on the queue, written about the band’s lack of sleep while on tour. Its catchy chorus, major chord progression, and energetic vocals, courtesy of the ensembles lead singer and guitarist Trevor Terndrup, made it one of those songs that had me singing on the first listen. “Make Your Mind Up” has the similar effect, using the keyboard and synthesizer to drive the beat.

“Ready To Go,” “Who’s To Say?” and “Savannah” rely heavily on the electric guitar to produce a dynamic sound. While they weren’t my favorite songs on the record, their variation from the other tracks and progressive rock influences combined with powerful lyrics make them significant assets to the album as a whole.

Among my favorites were “Ready To Go,” and “Rooftops,” both featuring much more personal lyrics than those found on their previous albums, Cabaret and Mountains, Cities, Beaches. Terndrup’s harmony in “Ready To Go” made for yet another song that had me singing along right away, and “Rooftops” is one of those tunes that will have you wistfully looking out the car window as if your life is a scene from some indie-Sundance-film.

“Domino” and “Always” fell flat in comparison to its predecessors and had little to nothing interesting about them, from the opening chords to their monotonous, repetitive lyrics.

The final song “Red Hot Lights,” has gained significant popularity since the album’s debut, and is currently the most listened to of Moon Taxi’s tracks. Its dynamic sound and memorable lyrics definitely earn it a spot beside “Morocco” and “Change” (songs on their list of popular hits and from Mountains, Cities, Beaches).

Overall, I found Daybreaker to be the band’s best album to date and feature enough variation in its tracks to keep the listening experience interesting. It shows a maturing in Moon Taxi’s sound and has lots of songs that are bound to be stuck in your head.