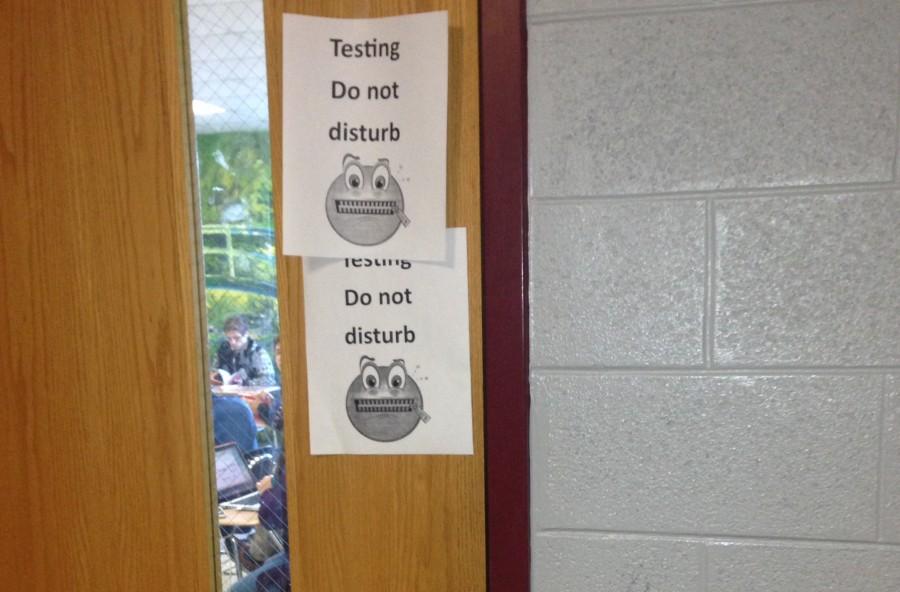 Students have been heavily involved in state testing the past few weeks during this first cycle of TN Ready exams.

First period on Monday seems to drag on unusually long for junior Anna Pate. She knows it’s not because of ILP or the typical struggles of a post-weekend school day. The source of the schedule change is TN Ready testing – the state’s new assessments for several core classes that replace the old TCAP exams.

For students like Pate who are without classes that require them to participate in the testing, the purpose of the extended periods is often unknown as well as unwanted.

“I don’t like it,” Pate said. “Staying in a class for that long just feels like I haven’t retained much at all from the lesson.”

TN Ready tests are a new series of required tests issued from the state level to match up more closely with the TN Core state standards, which have been in place since 2010. All of the tests are divided into two parts. For English and U.S. History, part one is the written portion, and part two is multiple choice.

For this year, the scores will only be counted in calculating a student’s final grade in the class if it helps their grade. In the future, the plan is for all TN Ready tests, regardless of student performance, to count as 25% of the overall grade, as TCAP tests did previously.

History teacher Mrs. Kelley Darnell said that much of the controversy surrounding these tests is based upon this issue because scores will still be a factor in teacher evaluations.

Mrs. Darnell is personally preparing her CP U.S. History class based around standards and skills students are expected to have.

“It’s all a matter of evaluating what [the state’s] expectations for us are,” Darnell said. “We have essentially tailored the course to make sure that we have covered these standards, meaning that we look mainly at primary source document analysis.”

Junior Grace Fielder has taken three TN Ready Tests so far, a task that she describes as “tiresome.”

“I think it’s unfair that teachers are being judged based upon our scores, because a lot of students just don’t take them seriously,” Fielder said. “I don’t think that the reason behind the tests has been conveyed well to students, and I don’t see how it’s helping me improve academically.”