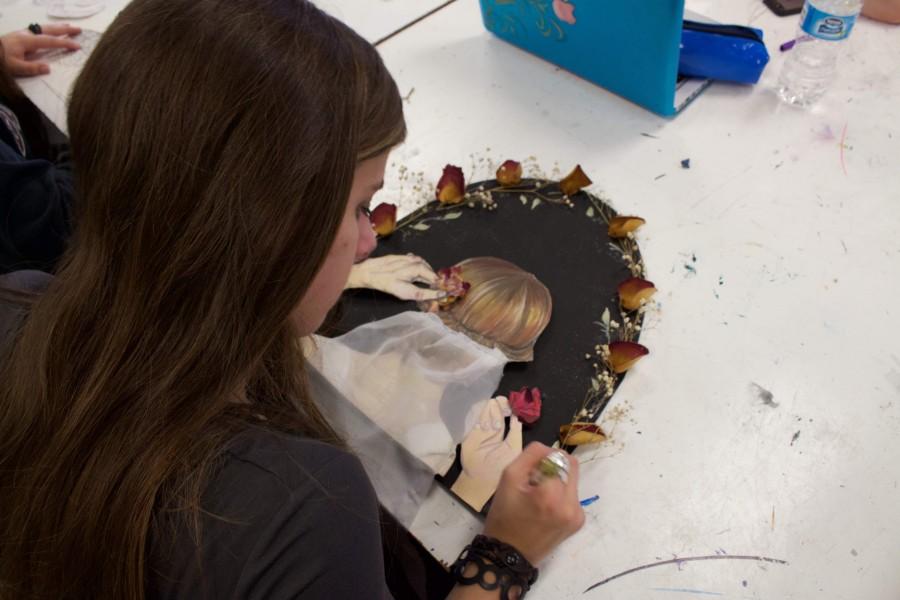 Opportunities for art students to display their art in the community are rare, but Bearden’s annual Uncommon Core art exhibit offers them an ability to share their ideas with more than their peers.

With a change in location to the upcoming showcase, the art department hopes to draw in a crowd equal to that of the past two years.

Last year’s show was held at Paulk and Company in downtown Knoxville; the change in location this year was due to the lack of space. Ijams Nature Center will allow the event to take place at the visitor center, giving the AP Art class access to a room for the gallery.

The show will start at 6 p.m. and awards will be presented at 8 p.m. Awards vary in category and will be judged accordingly. In addition to student artwork, Uncommon Core will also feature a concert from Bearden’s Vinyl Tap.

With the changes to the show this year, the art students have been spending time preparing and planning for the event. They began the planning process in October.

“Every year, I am continuously impressed by the work that [the AP art class] produces,” art teacher Mrs. Anna Boyd said. “When you’re really pushed to your limit and you know that your work is going to be seen, and not only by your classmates, it really makes a difference.”

Mrs. Boyd said that over the past three years, the show has a gained a reputation in the community as sophisticated for a high school function. People appreciate the work and time students put in and everyone, including Mrs. Boyd, hopes that with the change in location, people will still go to Ijams to see student art.

The official judges are involved in the art world and have no connections to the students.

The department believes that the event has been successful in the past. With an attendance of 300-400 people, Mrs. Boyd has no doubt that the change in location, the event will still manage to attract a large crowd.

“I would say that this year already there is very, very intricate, beautiful work being made,” Mrs. Boyd said.

Junior Natalie Campbell, one of the many students that helped plan the event, is in charge of the event’s Instagram account and helped design the event’s graphic on the posters that are posted around the school.

Along with her help in planning the event, some of her own pieces will be displayed at the show.

“I’m looking forward to having some pieces in the show, and I’m also super excited about the new location,” Campbell said.