Review: Nothing unusual about ‘Dr. Strange’; Marvel delivers once again 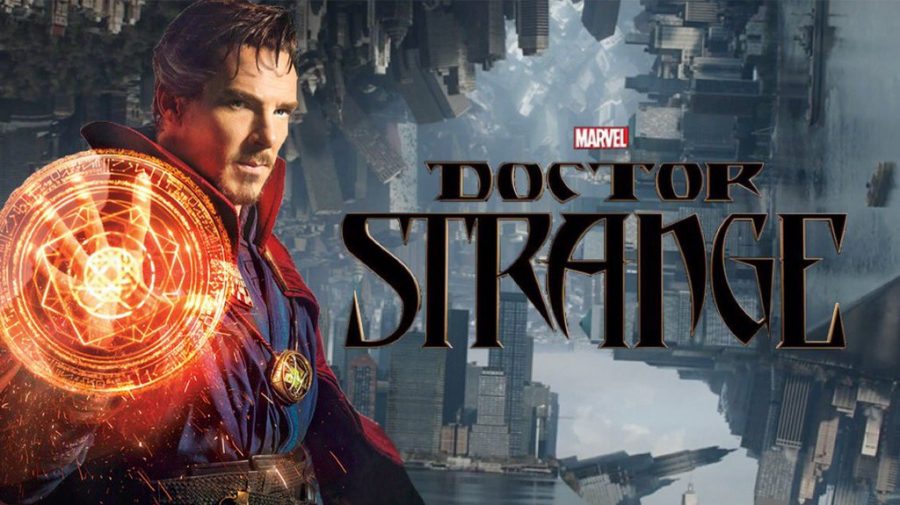 Doctor Strange is the 14th movie within the Marvel Cinematic Universe (MCU) and has taken a completely new direction for movies within the superhero genre.

Minor spoilers in this paragraph: Doctor Strange follows the story of brain surgeon Dr. Steven Strange, played by Benedict Cumberbatch, as he tries to recover from severe nerve damage that occurred during a life-changing event. While on this journey, Dr. Strange hears of an establishment in Nepal that might be able to help, but this place introduces him to different dimensions of power that he can harness. These powers, however, come with a choice. Strange can either use them to heal himself, or use them for the greater good and protect the world from the Dark Dimension.

Marvel has always stuck to their strengths, creating continuity between their movies in intricate and unique ways. Doctor Strange goes against this recurring element by being a stand alone film with few relations to future Marvel releases, except for the second end credits scene and the reference to the Infinity Gauntlet.

Benedict Cumberbatch is no stranger to Hollywood success. Cumberbatch is now able to add a successful superhero role to his resume that already contains strong performances such as Alan Turing in Imitation Game, Kahn in Star Trek: Into Darkness, and Smaug in The Hobbit series. Cumberbatch takes a new character trope with Strange, being a comparatively comedic character rather than the serious roles of his past. The Londoner does have experience with comic relief as the world’s favorite snarky, neurotic private detective in BBC’s Sherlock.

Marvel’s superior reputation in the superhero movie genre is also due to the amazing visual effects always associated with their releases. Doctor Strange is no different. Going in, I was worried about the possibility of there being too many visual effects that were forced onto the movie, undermining the other qualities. Every visual effect, however, worked perfectly in the movie and only enhanced the scenes they were present in. I never sat there and saw something that was there just to be there.

As many people know, Marvel sprinkles humor throughout all of their films in order for there not to be too much seriousness. One thing that was interesting in Doctor Strange was how there was significantly less humor than other movies, like Avengers: Age of Ultron, which featured one-liner after one-liner. The thing that surprised me, though, was the fact that I wasn’t missing the humor. Doctor Strange’s single comedic relief character Wong, played by Benedict Wong, is only present for a short amount of time in the movie, but this short time is the only comedy needed in this film in order to keep audiences entertained.

Overall, Doctor Strange is one of the superior Marvel releases with its new takes on humor and interconnectedness with other films in the MCU. I would personally rank this film as my number two Marvel movie ever released, following Guardians of the Galaxy and ahead of Captain America: Civil War.