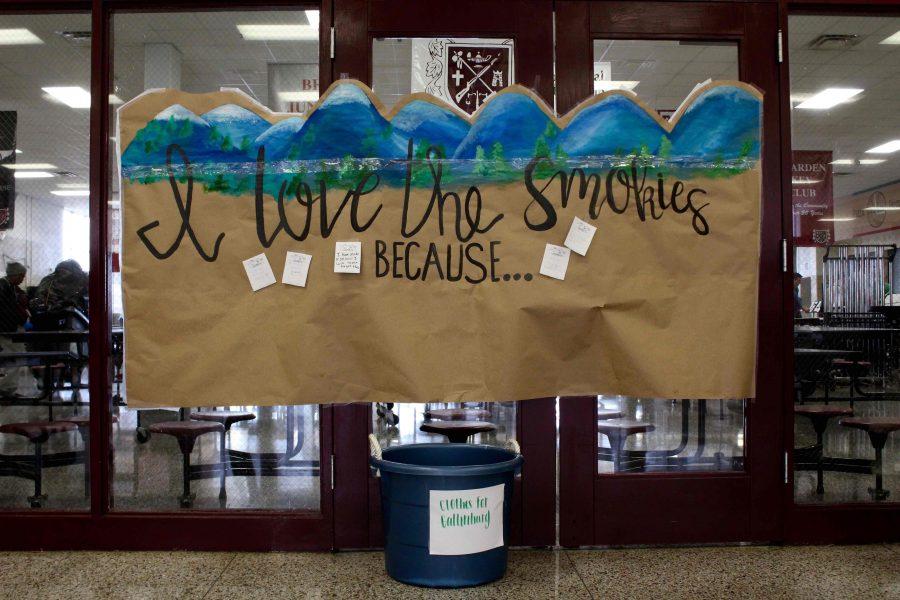 Bearden junior Kendall Clark has spent birthdays, spontaneous weekends, and holidays at her family’s cabin in Gatlinburg for the past 11 years.

Although these memories will always remain, following the devastating Gatlinburg fires, her family’s cabin does not.

“We are just so sad to see all the memories and great time we had there disappear,” Clark said.

“We just cope with it because it isn’t our home. Other families lost homes. We just lost a good memory.”

Clark is just one of thousands who has experienced a loss from the fires. In response to the recent tragedy, Bearden has started a number of drives in support of Gatlinburg. Bearden’s Student Government Association is collecting clothing for the students at Gatlinburg-Pittman High School who lost their homes and belongings in the fire.

“We have been working through Mrs. (Kelley) Davis, whose husband is a Young Life leader at Gatlinburg-Pittman HS,” SGA Sponsor Mrs. Rebecca Nutter said. “He called their principal the day after the fires and was told that they were in need of clothing for high school students.”

A number of students brought in gently used clothing – so much so, that the donations were split between Gatlinburg-Pittman and others in Knoxville that have also demonstrated a need for these items.

Bearden is currently doing two fundraisers of money to donate directly to the cause. One of the fundraisers is a big “I Love the Smokies Because…” banner in the West Mall. Students can donate 50 cents to write a reason they love the Smokies on the banner.

Another fundraiser Bearden organized was the dance-off at the Bearden-Farragut basketball game Dec. 9. Bearden Principal Dr. John Bartlett challenged Farragut’s principal to a dance-off during the basketball game, but Dr. Bartlett ended up being the only one to participate.

However, Bearden raised over $200 for the Gatlinburg community as Dr. Bartlett danced to the song “Kiss Kiss” by Chris Brown at the past game.

“Dr. Bartlett proved himself to be the outstanding principal that he is by willing to embarrass himself in front of the West Knoxville Community to raise some money for Gatlinburg,” senior class president Jordan Tibbits said.

Numerous Bearden clubs, teams, and organizations headed up a gift drive for families who were affected by the fires as well.

With all the fundraisers taking place, Bearden’s efforts to aid in rehabilitating the Gatlinburg community were successful ventures- as both individual and combined goals.