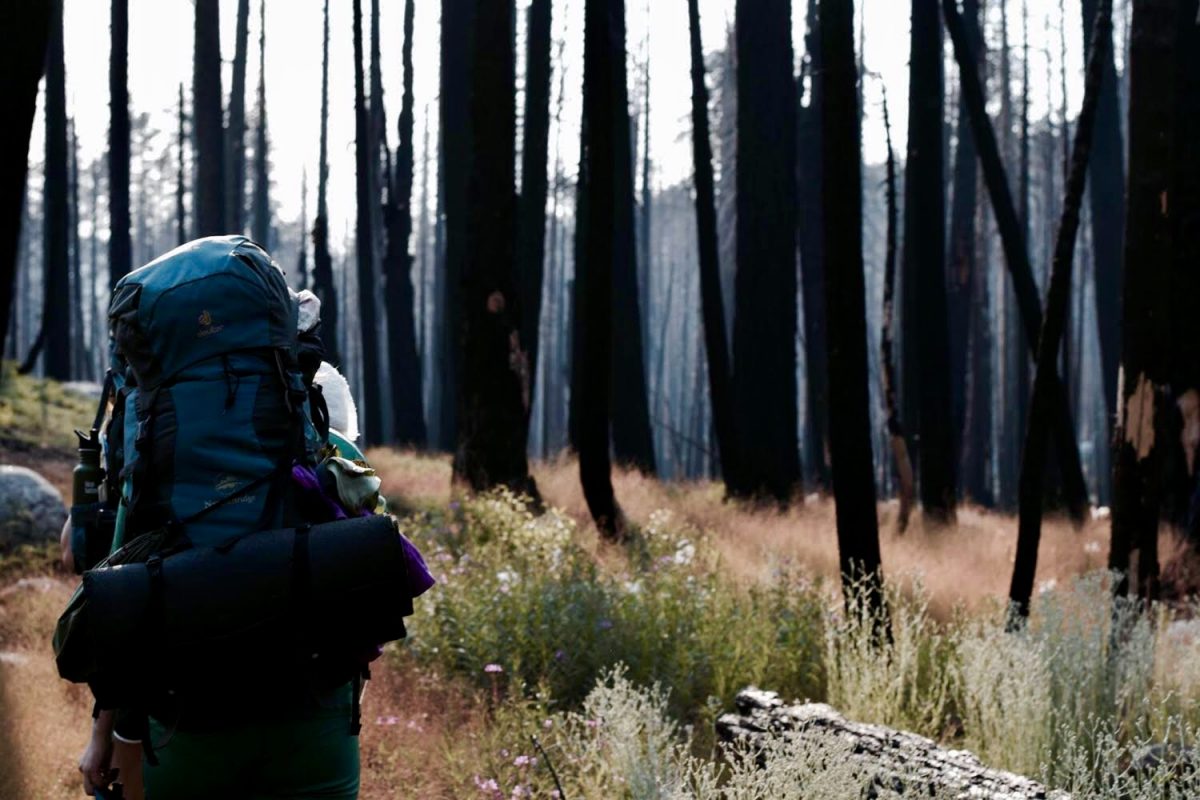 One of Fatima Bhidya's friends in Alcoa Nature Scholars backpacks through California.

Bearden senior Fatima Bhidya spent two weeks in California over the summer as an Alcoa Nature Scholar – a program that receives more than 500 applications. As a nature scholar, she along with 38 other students from other corners in the world, hiked to Little Yosemite Valley and learned not only about the nature around them, but also about themselves.

On day one of Bhidya’s journey, she was introduced to her 38 other peers and trained for the hikes that were yet to come. After the first three days of training and introductory activities, her group was dropped off near Tuolumne Meadows to start a six-day backpacking trip to the Little Yosemite Valley. It was here Bhidya’s group fell asleep to the Perseid meteor shower every night and woke up to the views of the Sierra Nevada mountain range.

Starting on the fifth day of the trip, Bhidya’s trail group started coming up with what science project they were going to do. They chose to study how water depth affects biodiversity. Her group studied different water temperatures and what kind of species live in each zone. After spending six days in the backcountry, Bhidya spent the last night at a campground where she showed park visitors her science experiment results.

“That was our final night together as a trail group,” she said. “It was sad – we did a toast to each other. We were family now.

“When you spend six days with someone, you really get to know them – especially when you are really hungry and tired the whole time.”

The other Alcoa Nature Scholars came from all over the world, including places such as Pennsylvania, Indiana, Australia, Iceland, Spain, Hungary, Norway, and Quebec.

“I made friends that I know I’m going to have for life,” Bhidya said. “We are already talking about visiting each other in Australia and Iceland.”

After her two-week expedition, Bhidya came back with 38 new friends as well as wanting to go into outdoor education as her future career.

“I just know that I grew a lot as a person there,” she said. “I’m just ready to take on the rest of the world because now I know there is so much more out there other than just school.”