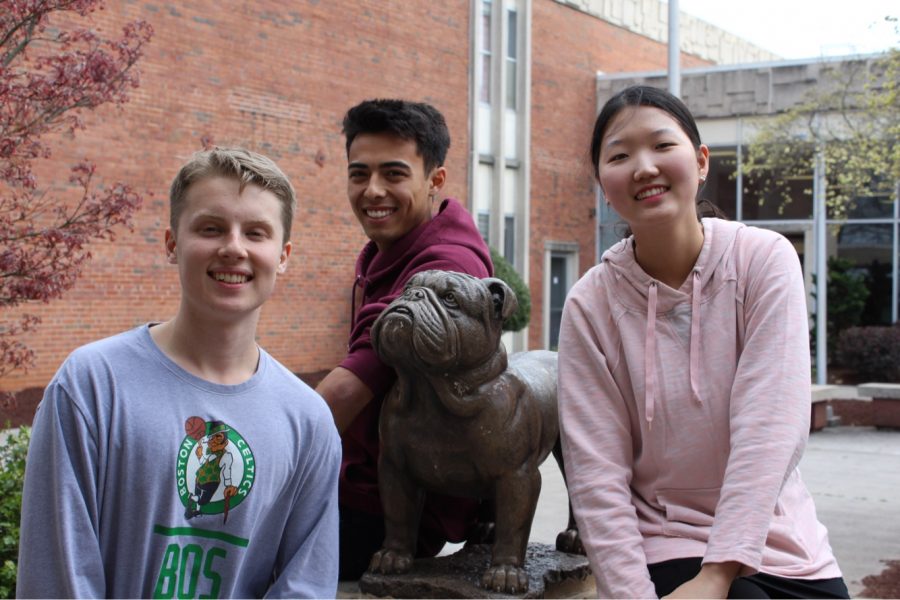 Out of a class of 543 students, three students rose to the top to receive recognition as Valedictorian and Salutatorian for their academic excellence throughout their high school career as a Bearden Bulldog.

Senior Priscilla Cho earned the top spot and was named Valedictorian for the Class of 2018.

“I had a slight feeling that I would be somewhere close to the top, but I wasn’t really sure so I was really happy when they told me,” Cho said.

Tyler Chan and James McIntyre will share the Salutatorian honors. They also were two of Bearden’s National Merit Finalists.

Outside of class, Cho is an athlete on the Bearden tennis team, president of Science Olympiad, secretary of Mu Alpha Theta, a STEM scholar, and a member of Key Club, National Honor Society, and HOSA.

Though she has not decided on a college and is waiting to hear back, Cho plans on majoring in biochemistry and has plans to head off to med school after receiving her undergraduate education.

“Academics are a huge part of my life and I have always tried my hardest to succeed, but I have also really learned how to wing things,” she said.

While Chan and McIntyre share the title of Salutatorian, they also share many memories as close friends since the 5th grade.

“It definitely adds more meaning to share this honor since it’s with Tyler,” McIntyre said. “It’s awesome to be friends with someone for so long and then watch them earn the same success.”

Added Chan: “It was a pleasant surprise that James and I would get to share Salutatorian especially because we were both National Merit Finalists.”

Both Chan and McIntyre are known at Bearden as well-rounded students who excel in and out of the classroom. Besides being best friends, they are also teammates on Bearden’s track team.

McIntyre additionally runs cross country, plays cello in the Bearden orchestra, and holds positions as the president of National Honors Society as well as captain of the debate team.

He is hoping to study political science or economics at Princeton or Duke in the fall.

Chan is an Eagle Scout, Key Club, STEM scholars, National Honors Society and holds the position of secretary of the Debate team.

Chan is interested in attending Georgia Tech to study biochem and biomolecular engineering after graduation. He plans to earn a graduate degree and conduct independent research.

“I think Bearden has provided a great foundation for college,” Chan said.