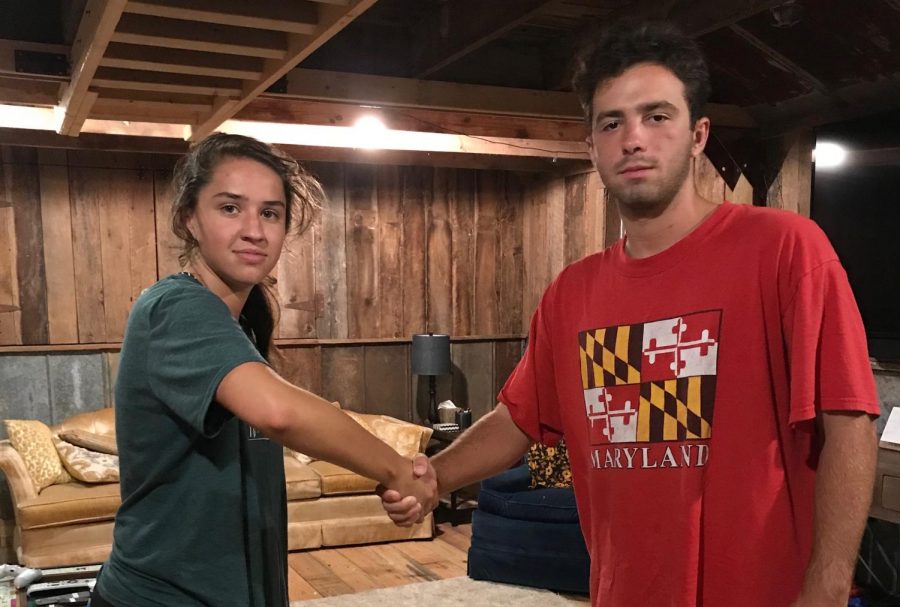 Julia Bryant and Andrew Peters are looking forward to publication of "Issue 02" of their magazine 20/20.

Most teenage magazines nowadays are filled with exaggerated, eye-catching “breaking news,” whether it’s related to politics, fashion, or which celebrity couple broke up that day. But Bearden seniors Julia Bryant and Andrew Peters give this medium a whole new meaning with their very own publication of an art-based magazine.

Bryant and Peters, who are also journalists with The Bark, are currently working on creating and publishing a magazine called 20/20 in which Bryant can feature her love for film photography and Peters gets to tell the stories of local musicians.

After falling in love with film photography two years ago, Bryant wanted to have a platform where she could share her work, but technology did not feel like the right fit.

“Photography is an art form that can sometimes feel so ‘intangible,’” Bryant said. “You take a photo and boom there it is on a screen or on your camera, and it can feel very underwhelming to me to not have what I have created in a tangible form; with film photography and print, it is much more tangible.”

She then decided that a magazine was also the perfect opportunity for her to showcase other people’s artistic works.

“The whole idea of the magazine is to have a platform where creators can be recognized in a print publication that goes well beyond the digital realm,” Bryant said.

Bryant published the first issue of the magazine by herself in April of 2018, featuring local artists Megan Kerr (BHS Class of 2017) and Jake White. It consisted mostly of pictures, which is why Bryant asked Peters to join her in making Issue 02.

Bryant and Peters originally planned on the feature stories containing many types of art forms, but eventually decided to focus on musicians and bands.

“Music is something that Andrew and I hold so close to us, and it is part of the reason we have become best friends,” Bryant said. “We decided that we want to focus on featuring only musicians because it is something we both know lots about, and it is what we are most passionate about sharing.”

The two collaborate productively to get all the work for the project done. Bryant takes on all the graphic design, formatting, and, of course, photography, while Peters interviews the artists and writes every feature.

The name 20/20 focuses on their vision to be completely authentic and clear in their portrayals. The goal is for everyone to be seen in a truthful, objective light, while showing Bryant’s commitment to genuine photography.

“I told [a friend] that I wanted it to be a raw and completely clear representation of my photography and also the work of others,” Bryant said. “I want people to see it with no outside perceptions or distractions,  … hinting at the idea of 20/20, AKA, perfect vision.

“And I also thought the name sounded pretty sick.”

With the addition of Peters’s stories and an increase in artists from the Knoxville, Chattanooga, and Nashville areas, Issue 02 will be 76 pages of bound binding and matte-finished paper, very different from Issue 01.

“I think we are really going to be able to be taken seriously as a magazine publication, and that excites me,” Bryant said. “Issue 02 looks and feels so much more professional than Issue 01 because I have learned tons about publishing, format, and design.”

The two also cannot wait to be able to show all the talent of other artists captured in the features.

“I love all of the music they create and also love them all as people,” Bryant said. “I stand so strongly behind them, and I can not wait to let them be recognized.”

Copies of 20/20 are now available for people to pre-order, but can be officially ordered at www.juliagbryant.com around the first week of November. It is $20 for a copy of Issue 02, which is almost twice the size of the previous Issue 01. You can contact Bryant and Peters through Instagram @2020magazine to let them know if you are interested.