U.S. Air Force band to put on concert in Bearden auditorium during tour 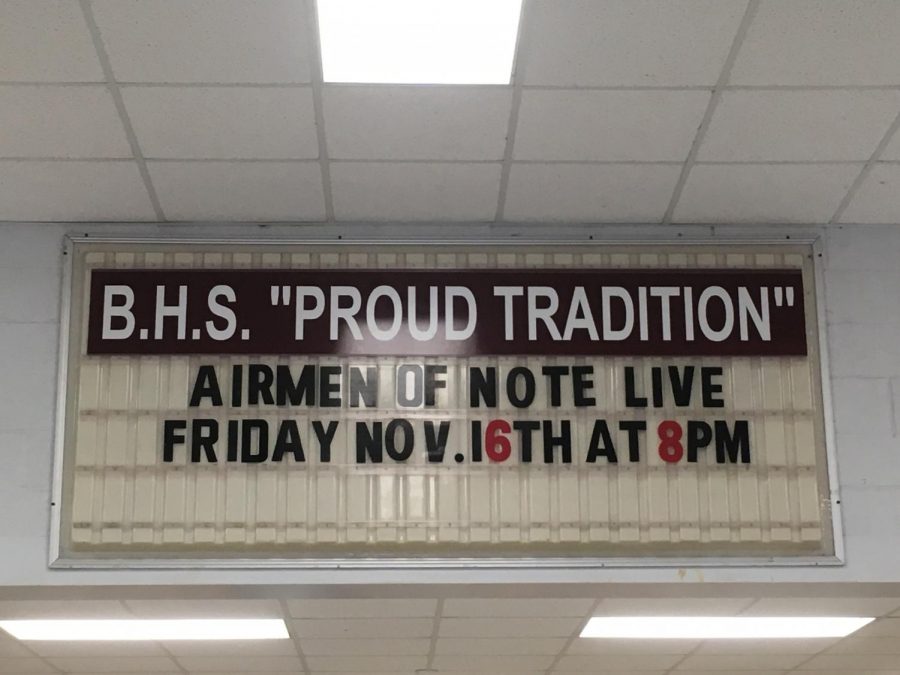 Armed forces globally have a long history of using music to heighten national pride and morale, and the United States Air Force is certainly no different.

The Airmen of Note is the premier jazz ensemble of the USAF and is one of six musical groups that comprise the U.S. Air Force Band. The current Airmen of Note band consists of 18 active duty musicians including one vocalist.

This year, during a tour of Virginia and Tennessee, The Airmen of Note are visiting Bearden to host their Knoxville show.

The concert, which is free and open to the public, will take place in the Bearden auditorium Friday at 8 p.m. No more tickets are available at eventbrite.com, the group’s ticketing partner; however, any tickets that have not been claimed 15 minutes before showtime will be made available to the public.

“The Airmen of Note was founded in 1950 to carry on the legacy of Major Glenn Miller’s Army Air Forces dance band,” the band’s marketing manager Master Sgt. Kevin Cerovich said. “Originally the band primarily played for functions at the officers club on the Bolling Air Force Base in Washington, D.C.

“We have always been on the cutting edge of modern jazz, as well as maintaining the incredible legacy of the Miller and the band.”

Through the years, the band has performed its own version of big band jazz as well as more contemporary forms of the genre to audiences via deployments around the globe, local performances in Washington, D.C., and annual tours across the United States.

In addition to their instruments, armed forces’ bands also carry with them many traditions that make them such an important part of the service for veterans and the United States’ public alike.

“One of my favorite traditions is that at the end of every concert no matter where we are in the country we have all of the veterans present stand up and honor them on stage,” Master Sgt. Cerovich said. “And for many people around the country, we are the only Air Force uniform they will ever see.

“It’s an honor to represent the excellence of all the men and women serving around the globe.”

As members of The U.S. Air Force Band, The Airmen of Note are a reflection of the excellence displayed by Airmen stationed around the globe. Each member of the band is proud to represent all the soldiers whose sacrifices and selflessness ensure the freedoms we have as citizens of the United States of America.