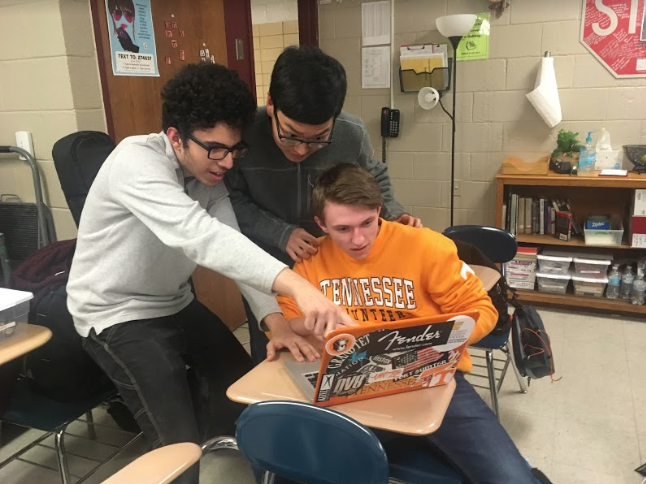 Esports – also known as competitive video gaming – seems like something straight out of science fiction. While the sun may never set for traditional athletics, a new era of competition is dawning here at Bearden.

The Esports Club was founded by junior Thomas Knight. Meetings are held Friday after school from 3:30 to 6 p.m. in Room 400.

Knight was inspired to start the club when he saw how exciting the past few years have been for the esports scene, with teams all around the world earning hundreds of thousands of dollars by simply playing video games. Most importantly, he was drawn by the many colleges, like New York University and the University of California-Irvine, that have varsity esports teams and offer scholarships for aspiring “athletes.”

“We want to have a casual side to the club,” Knight said. “People can just bring in their consoles to find people they want to play with and just group up together and make friends.”

Members are encouraged to bring their own games and consoles to meetings, although Knight is in the process of acquiring computer monitors and other accessories for them. Knight hopes to join the High School Esports League, which enables students to compete and win cash prizes. Some of the games they hope to compete in are League of Legends, Fortnite, and Super Smash Brothers.

“A lot of people think it’s weird that people – mainly high schoolers – watch video games on YouTube, but people watch the Super Bowl and get excited about it,” he said. “For us, [esports] is what we’re excited about.

“It doesn’t matter if it’s a real sport or not; it matters that we enjoy it.”