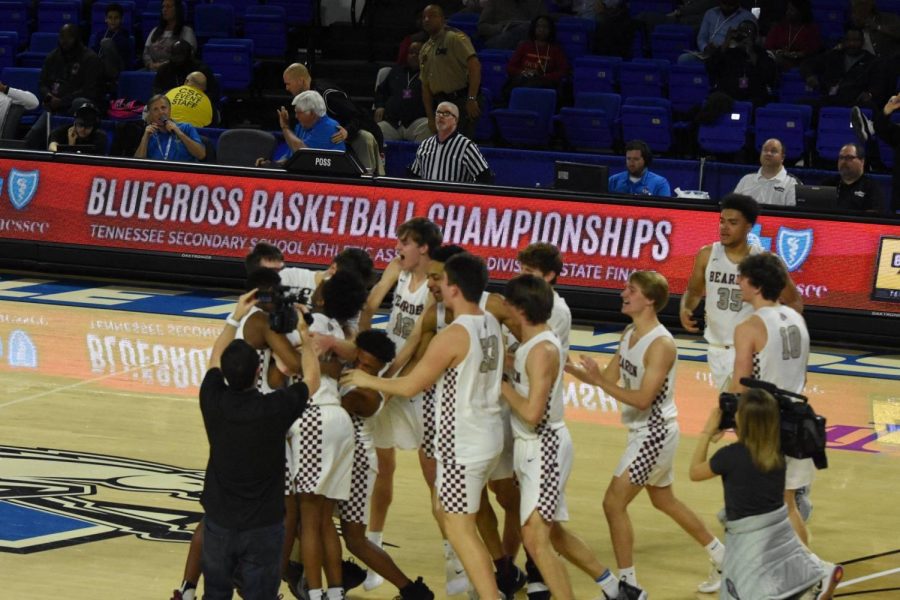 The Bark sports staff has spent the past week interviewing all six seniors and Coach Jeremy Parrott about their experiences in Murfreesboro for the state tournament, and we have let them tell the story of their championship week in their own words.

We hope you enjoy reflecting on their journey as much as we enjoyed conducting these interviews and hearing their candid and willing retellings of their stories.

Tues., March 12: Bearden takes a bus to Murfreesboro and spends the first night on the road before state tournament games start Wednesday.

Senior forward Drew Pember: “[The bus ride] was definitely more on the fun side. Since we had gone the last two years, I don’t think anyone was really nervous. We’re a fun group of guys; we like to goof around. Everyone was goofing around, joking.”