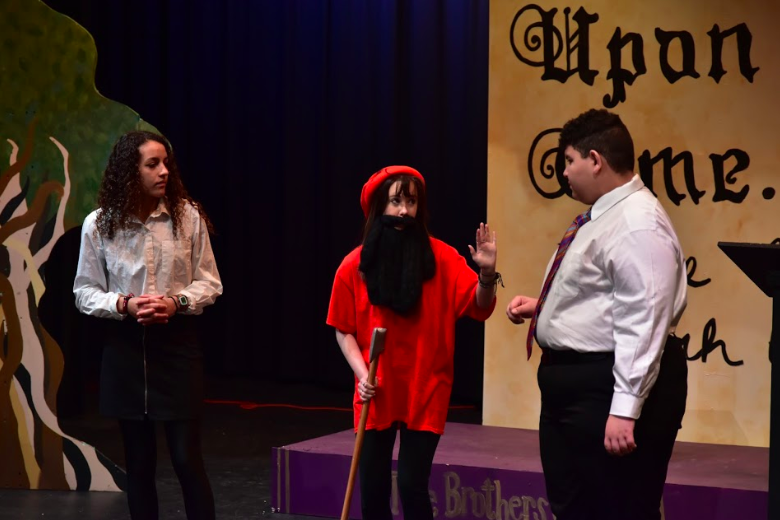 The Spetaculathon will include classic fairy tales like Snow White and the Seven Dwarfs and Cinderella, performed with comical twists in a fast-paced production. The students in the class chose the Brothers Grimm theme for their performance.

“We chose this show because of how the roles help us grow as actors and get out of our comfort zones,” sophomore Javier Castro said. “Since the show is very versatile with the number of actors that are required, it ended up working perfectly since our class consists of 12 actors.”

Added junior Reagan Ruth: “Our class chose this play because we thought it was very funny and very enjoyable for all ages.”

The performance consists of a multitude of characters, so each actor in the class, except the two narrators, has several different roles that they play.

“You will see an actor portray a princess to a dwarf to a prince to a princess,” Castro said. “For me personally, I get to play one of the two narrators.

“I get to play the extreme dramatic narrator, while Regan Ruth plays the more sensible and orderly narrator.”

The performance will include humorous references and captivating action sequences that will be kid and teenager friendly. The performance is tonight at 7 p.m. for free in the auditorium.