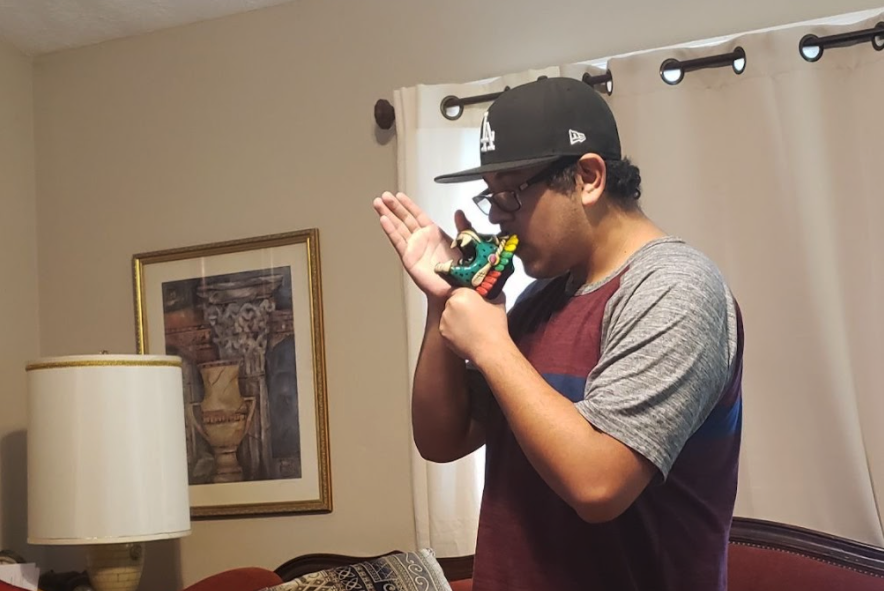 Used by ancient Aztecs, death whistles were created to imitate different animal and human sounds during the Aztec empire.

Leon, a Bearden sophomore, began learning how to play Aztec Death whistles a year ago.

The whistles were made from around 1300 to 1500 in northern Mexico. The original purpose for these whistles is unknown, but it is speculated they were either for warding off evil spirits or intimidation before battles against enemies.

Several impressive advancements were made to the whistles during their brief time being made and ended up being quite loud.

Leon began learning how to play them due to the unique nature of the whistles, but he doesn’t play them around people very often.

“I don’t really use them in public as to the fact that a surprising amount of people don’t know about them,” Leon said. “More often than not, they get scared by it which is not the reaction I look for when I introduce them to people.”

Leon took the initiative himself to learn how to play these whistles. While he has other family members that are interested in Aztec culture, he is the only person in his household that knows how to play the whistles. He does hope in the future to continue passing down the knowledge of how the whistles are played.

Leon said the initial learning of the whistles did not take long, but since he started, he has continued to make adjustments to improve how they sound.

“I just kinda winged it and figured out how movements make different sounds,” Leon said.

Leon plans to keep playing these whistles and hopes to help inform people on them better so the response to them grows more positive.