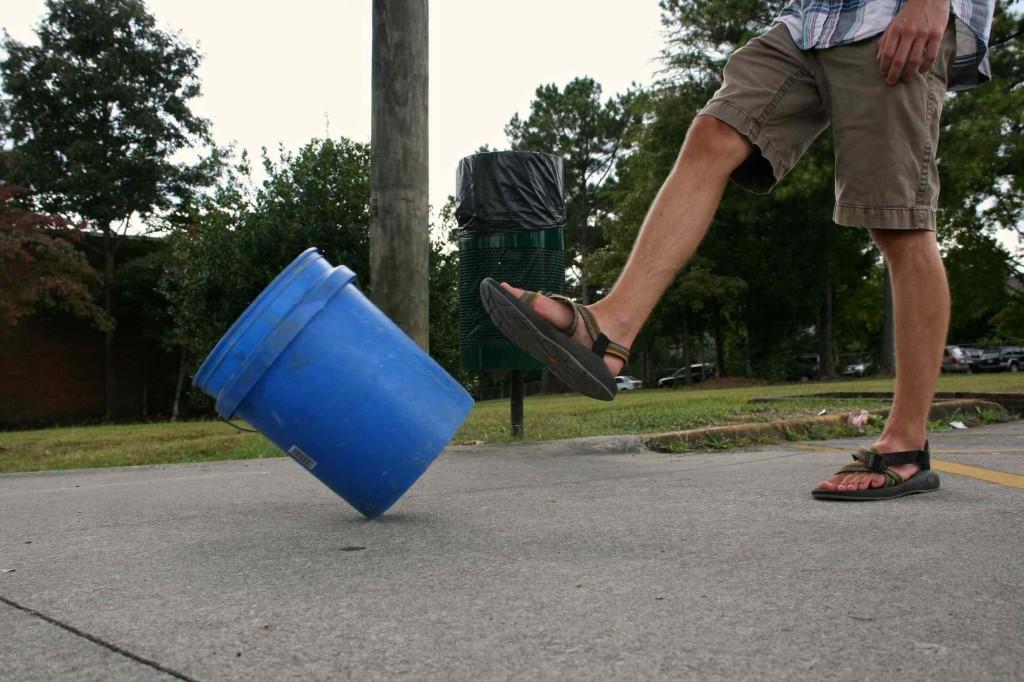 Everyone loves a good bucket list (though lots of people didn’t love The Bucket List), and members of The Bark staff have a lot to do before they die. Imagine Morgan Freeman’s voice narrating our collective pre-mortem to-do list.

My life began in Tŭrgovishte, Bulgaria, and at some point in my life, I would like to go back there and trace the footsteps of my ancestors. I was adopted from Bulgaria when I was two and a half years old, and although I don’t really remember much, I have always felt a pull to go back and this trip is definitely on the top ten of items to check off of my bucket list. My intentions are not to find my birth parents because I already have an amazing family and have never felt the need to find them. However, if fate would have it that we ever did meet, then I would gladly greet them with open arms. I am hoping to go back with my adoptive parents soon after I graduate college. [LC]

There are many items on my personal bucket list, but the one I would want to do the most would be to open up Animal Kingdom, the Disney World Park, with my best friend. The first family or group in line each morning gets to open up the park to other tourists and enthusiasts, and that group gets a personal safari tour. I would pay the price of getting up at 5 a.m. to be able to accomplish this goal, and one day soon, this goal will be accomplished. [KM]

Even though I don’t have a bucket list considering the fact I’m 17 years old, if I did have one, going to Europe would be on the top of my list. I’ve always wanted to go to Europe… I mean, who doesn’t? It’s hard narrowing down which countries I would go to, when I basically want to go to them all. Spain tops the list, with England and Greece being a close second and third. While the history is of course super interesting, I’m pretty sure once I get the opportunity to go to Europe, I will mainly be eating every single wonderful food this continent has to offer. [HM]

Ever since I read my all-time favorite book, Life of Pi, I have wanted to visit Pondicherry, India. Pondicherry has all the beautiful vibrant colors and architecture of India seamlessly merged with the culture of France, who owned it years ago. French is widely spoken there, so all my French classes will go to good use. If that isn’t enough, Pondicherry is also known for its amazing beaches. [AG]

I’ve always wanted to live in Cuba, a tropical island with picturesque beaches and attractive people, all speaking a beautiful language. Indeed, the culture itself is fascinating: people completely devoid of consumerism with interesting heritage. Despite historical political conflict, today’s Cuba is comfortable economically and socially. I would love to live in this real life paradise. Did I mention the food? The food is apparently pretty excellent as well. [HL]

I honestly have never considered a bucket list and don’t have a desire to create one, but if I was to have one, it would include traveling the world, preferably via cruise ship. I would be fun to see the different landmarks and geographical sites that the world has to offer. Also, when at sea, I would have no worries and could simply kick back and relax. Of course we are talking about a bucket list and by definition that means it probably won’t happen. [GB]

Even though I’ve already been there, visiting Switzerland remains on my bucket list. Honestly, if I could do any one thing, it would be that. Switzerland is the most beautiful, interesting place I have ever been and going there again would be most likely the highlight of my life as I was too young to fully appreciate it when I first went there. [EP]

To be honest, I had the hardest time coming up with an item for my bucket list. It’s just not something I’ve ever thought about. Under the circumstances, though, I had to come up with something. It may not be as exciting as everyone else’s, but oh well. My bucket list item would have to be to meet the one and only Harrison Ford. His dashing good looks and his ability to play a daring, scruffy hero make him absolutely perfect in my eyes. He is the star of both of my favorite movie series, Indiana Jones and Star Wars. To meet him would be an absolute dream come true. [ZL]

Unlike other members of this staff, I already have an extensive bucket list because what’s more fun than dreaming of all the fun things you get to do in the future when you’re all “grown up”? So, that being said, picking something out was difficult and took much more consideration than I’m used to for these staff picks, but I finally narrowed it down to the one thing I feel I am closest to crossing off of my list, and that glorious thing is Zorbing, also known as orbing, globe-riding, or sphereing. It involves getting into a giant plastic ball and rolling down a hill, and for anyone who doesn’t think that sounds fun, you can go sit at home and read a book. There are not many locations in this world that offer this perfect recreation, but, fortunately, the glorious people of Pigeon Forge have a facility ready to throw me down some of the gentle slopes of the Smoky Mountains. Now, someone take me Zorbing as soon as possible please. [KK]

My bucket list is all in my head. I’ve got so many fascinating things that I want to do or see. I love travel. I want to find a significant other and just travel the world with them! Everyone has specific places, yet I happen to think in the sense that if you have good company, you can go anywhere and have fun. I couldn’t possibly list everything I want to do. I want to throw confetti off of a large building and make the world happy. [TAJ]

Everyone seems to have some sort of bucket list dreamed up in their heads, but I can’t see why. I have never been one to plan out what I want to do with my life, and I think it is best to simply wing it. I suppose, if anything, I would kick a bucket. [ED]

I’ve played guitar for nearly a decade, but I still haven’t reached one of the most important benchmarks of musicianship: I’ve never performed. Sure, I’ve played for small groups of people, and I’ve played in bands that never made it to the performance stage (ha), but before I die – or get much older, for that matter – I’d like to play music for a real audience. [JHE]