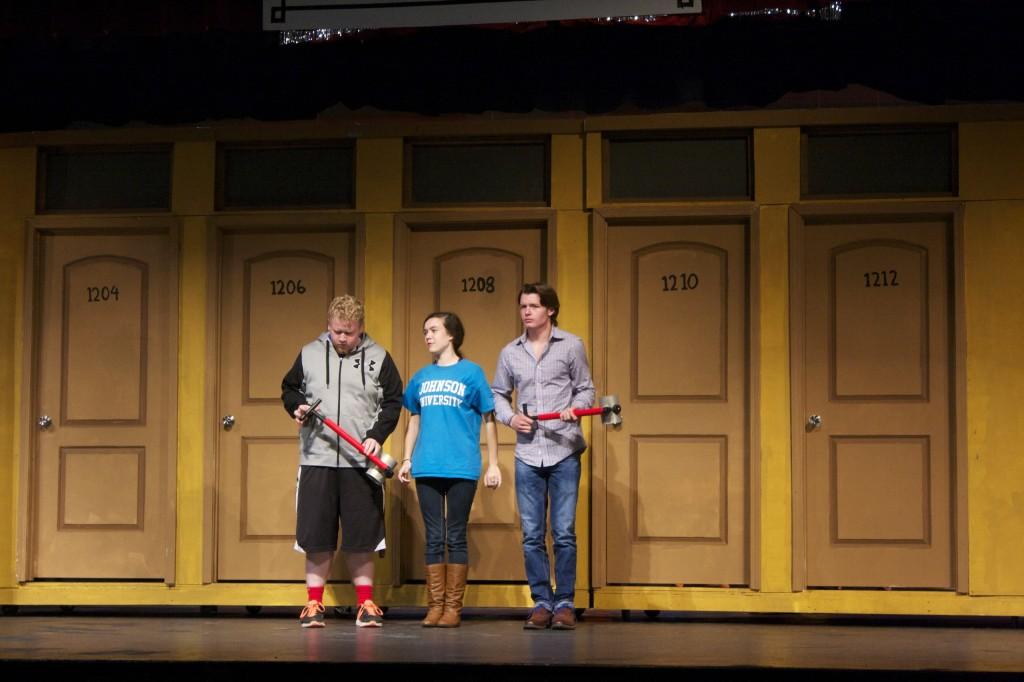 Tech week (as defined by Urban Dictionary): “The week preceding the opening night of a stage performance where an actor, stage crewmember, or tech crewmember will stay extremely late every night until a director is satisfied.” Synonyms include “tech week,” “tech-week,” “tech weeking,” “tech-weeking,” “no free time,” “overworking,” “death,” “misery,” and “torture.”

No wonder most performers dread this week.

If the definition of tech week wasn’t clear enough, some other names it is known by are heck week, dead week, dead meat week, and one notorious name which happens to be its most recognizable. While most people would know this name better, it’s not necessarily newspaper appropriate.

The point is that tech week is one of the toughest parts of being a part of any production, according to most performers and the rest of the crew, but it also has its silver lining. Bearden High’s cast and crew of Thoroughly Modern Millie are gearing up for the tough week ahead as they enter their tech week for the show.

“I’m really excited,” said sophomore Anna Smith, who plays the lead role of Millie. “I’ve heard from people before that it’s been really rough because it’s so horrible.

“I actually like tech week, though, so I’m really hoping that we’ll all get closer and have a good bonding experience.”

She’s not the only one hoping for a great tech week experience.

“We get here really early, and then we don’t leave until midnight or later, and so it’s fun to be with everybody for a really long time,” said junior Brady Moldrup, who plays Jimmy.

Added senior Brian LeSerra: “On Sunday, we have rehearsal from one to eleven, and that’s the first time we’re putting everything together at once, so it’s going to be very rough, but then as we work through those rough patches and eventually we get to opening night, you just look back and see ‘wow, we did this’.”